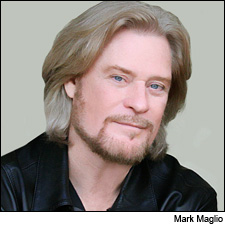 For more than four decades, Daryl Hall has been half of Hall & Oates, the most successful pop music duo of all time according to the Recording Industry Association of America. A Philadelphia-area native who grew up in the 1960s soul music scene, Hall joined with his friend John Oates in 1972 and went on to release a series of chart-topping singles through the mid 1980s—”Rich Girl,” “Kiss on My List,” and “Private Eyes,” to name a few—from six multi-platinum albums. Hall’s latest creation is Live from Daryl’s House, a monthly webcast in which Hall hosts performances by musicians ranging from legends such as Smokey Robinson to newcomers like the electrofunk duo Chromeo at his historic home in New York’s Hudson Valley. Hall is a longtime wine lover and collector, and in addition to making music on the show, guests share food from local chefs and wines from Hall’s diverse cellar. Hall recently spoke with Wine Spectator about how touring introduced him to wine, which bottles he asks to be provided with backstage, and what music is best to drink wine by.

BC Wine: How did you become interested in wine?
Daryl Hall: I was lucky, because early on we were popular in Europe, so I did a lot of touring there. That usually consisted of going to a radio or TV station and being taken around to great restaurants, which I was always really into.

BCW: What are your favorite wine regions?
DH: I’m partial to French wines, Bordeaux especially, though there are some Burgundies I really like. And Italian wines, mostly from Tuscany.

BCW: What inspired the idea of a show combining music with food and wine?
DH: I didn’t really have a format in mind when I started. I just said, “I’m going to bring the road to me.” You bring somebody into your home and what are you gonna do? You’re going to eat food and you’re going to drink wine. I added a food segment, invited local chefs, and we sat around the table and talked with guests over a few glasses of wine.

BCW: Are there similarities between wine and music, and how you enjoy them?
DH: I think that wine goes with discourse and with talking about music. And in bonding with other musicians, I think wine is a good assist.

BCW: How do you acquire wines?
DH: Most of my wines come from an open-ended rider when I tour. I’ve kept in [the request] certain years of Bordeaux, certain years of Burgundy. Sometimes I switch it to Italian. And I always have the Jordan on there. So at shows, backstage, I always get wine. I have quite an eclectic collection that way.

BCW: Tell us about your cellar.
DH: It’s a cellar in an old house. It’s naturally temperature controlled and humidity controlled. I’d say I have about 400 bottles—some of these wines have moved from house to house over the years and have held up well. I run the gamut from wine I serve at parties to Margaux and Pétrus and Lynch-Bages and Sassicaia and Ornellaia. And I’m not afraid to open a bottle of wine. I mean you can only save them so long and then, why bother?

BCW: What have you discovered living in Dutchess County?
DH: When I first moved up here I became friendly with John Dyson of Millbrook Winery, which I think [makes] one of the best white wines in America. I think he’s done a phenomenal job of creating good wines in an area where everybody told him “don’t do it.” I especially like the Chardonnay.

BCW: So, do you have favorite wine and music pairings?
DH: That’s a thought! If you really want to get down with R&B I wouldn’t talk about fine wines—drink the wine Spo-Dee-O-Dee [laughs]. But I like soul and jazz, and think my tastes run to sophisticated music. Wine fits in with that kind of mindset.