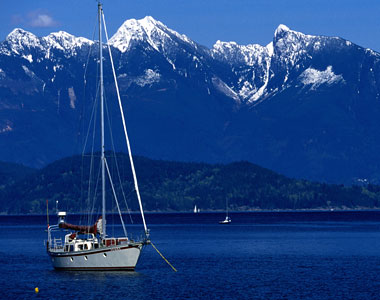 The 100-mile diet has become a byword across the continent for sustainable eating. At the very least, the 2007 book of the same name that spawned the concept — written by Vancouver journalists Alisa Smith and J.B. MacKinnon — got people talking about local produce, let alone considering it as a viable option at the store. One thing that’s often painfully clear from the book, though, is just how difficult Smith and MacKinnon’s year-long experiment was. The 100-mile radius that they set from which to source ingredients did include most of their major food needs, but many of those were extremely difficult to source.

Increasing the limit to within B.C.’s borders would have made life a little easier. From Okanagan orchards and vineyards to Fraser Valley farms and the teeming seas of the Strait of Georgia, from Pemberton potatoes to birch syrup from Quesnel, this province has an extraordinary bounty of food. And with sustainability on more and more people’s minds, B.C. ingredients are being seen more often on store shelves. This movement toward local, sustainable food on the West Coast began before the 100-mile fad appeared, and actually had its origins in Vancouver’s restaurant scene in the early 1990s. One restaurant, to be precise: Raincity Grill (1193 Denman Street,Vancouver; 604-685-7337; raincitygrill.com), in the city’s West End, which was opened by Harry Kambolis in 1992 when he was only in his mid-20s.

“[Back then] you saw a lot of products come in from around the world and I think with a lot of restaurants that was one of their main efforts, to bring things in like asparagus from France or whatever, products people seemed to want at the time,” says Kambolis. “When Raincity started we did a lot of work with people, we had to say ‘we don’t have that’ a lot and then have to convince them that was OK. Back then it wasn`t really OK.”

Kambolis doesn’t feel as if he made a concentrated effort to move the food in his restaurant in a more local, sustainable direction. With a viewpoint objective from the restaurant industry at the time, it just seemed like common sense to use ingredients from the area. “When I walked into Raincity and started making decisions on what I thought was right and what we should be doing, where we were going, I didn’t actually know that was what I was going to do.

“But with every step and every decision I made I seemed to move in that direction, that just seemed to be natural. I never had any formal training, I didn’t work in the fine dining restaurants at the time. It just made sense to me: ‘Why are we bringing this in from halfway round the world when there’s products right here we can use?’ “You know, when you strip it away, it’s nothing but common sense.”

Coming up on its 20th anniversary, Raincity Grill is still one of Vancouver’s top places to dine, with constantly shifting prix fixes to accommodate ingredients and the season — including a 100-mile menu — along with a superlative list of B.C. wine and a killer view of English Bay. But it was a slow process to get people to accept the notion that local produce was actually a better choice.

“Developing the channels and connections in the food and beverage industry has been important because there was a different way of thinking back then. Nobody was asking where things were from unless it was unique and from halfway around the world.

“In the case of carrots, they could have come from California, B.C., Washington, it didn`t matter as much at the time. They just showed up and you were happy to have them. You got to looking at the box and wondering why they were coming from California. . . . Getting to know the people who were supplying them and knowing what their philosophies were was part of the building blocks.”

Today, there are dozens of restaurants that tout their local and sustainable credentials. So why does Kambolis think Raincity Grill — along with its sister restaurants C and Nu — has the edge over all these young upstarts?

“What we do at Raincity , Nu and C is more of a program than a selection. We work on it from the ground up and work directly with the producers.

“You’ll find in other restaurants, they’re buying items that say the Vancouver] aquarium is telling them to buy. Or the supplier says ‘this is certified.’ Our program is more grass roots. In most restaurants, it’s superficial by comparison.”

This doesn’t apply at one of Raincity Grill’s main competitors in B.C. dining, which boasts a similar longevity on the scene. Bishop’s (2183 West 4th Ave., Vancouver; 604-738-2025; bishopsonline.com) is consistently rated as one of Vancouver’s best dining spots, and chef Andrea Carlson – formerly in the kitchen at Raincity Grill – shows great invention and knowledge of local and seasonal produce as she unleashes the full potential of the province’s ingredients.

It’s no coincidence that all of these charge more of a premium because only premium ingredients are used, the majority of them from within B.C.

Many of these great B.C. menus are paired with great B.C. wine lists. Wine is a real barometer of how dining attitudes have changed in the Vancouver area, as Kambolis recalls from Raincity Grill’s early days.

“We had only wines from the West Coast, and people wanted Italy and France. The wines from our regions weren’t as developed as they are now.

“But now I think people can find something they like, certainly from California, Oregon and Washington, but even from B.C. now, that seems to be a lot easier.

“Now you can see that the reds are really coming into their own. You can tell by spending habits — people are starting to spend a lot of money on B.C. reds. You’ll get $100 bottles at restaurants whereas once upon a time you would never see that. The richness of them and quality continues to improve and there are some winemakers down there [in the Okanagan] that do want to be the best in the world.”

The B.C. wine industry is now making inroads into the U.S. and even Europe. Besides Raincity Grill, other places that offer superb B.C. wine lists include Blue Water Cafe (details above) and Uva Wine bar (900 Seymour St, Vancouver; 604-632-9560; uvawinebar.com).

And don’t forget beer. B.C.’s craft beer scene is undergoing a boom in growth at the moment, with dozens of microbreweries dotted around the Lower Mainland and beyond that are producing flavourful and interesting brews. Many microbreweries have a pub or even just a tasting room attached. But if you want a good overview of B.C. craft beer head along to either the Alibi Room (157 Alexander Street, Vancouver; 604-623-3383; alibi.ca) or St. Augustines (2360 Commercial Dr., Vancouver; 604-569-1911; staugustinesvancouver.com) for a vast selection of local brews on draft and even some from casks.

Of course, you don’t have to get someone else to do all the work for you when it comes to acquainting yourself with B.C. food. In fact, getting to grips with the goods yourself is the best way to learn more about what the province has to offer. If you want to learn what’s growing and being reared and caught in the province, Edible B.C.’s current outlet store (Granville Island Public Market; 604-662-3606; edible-britishcolumbia.com) is a great place to start. This one-stop shop in the Granville Island market sells more than 800 B.C. food products, which can also be bought online through the website. As well, Edible B.C. offers culinary tours of Granville Island Market and Chinatown and, for the more adventurous, gastronomic kayak tours of the Gulf Islands.

It’s all the brainchild of Erik Pateman, a chef looking to give people a more straightforward, less advertorial take on B.C. food. Naturally, he’s delighted at how the demand for local and sustainable food has grown.

“It’s reaching that critical mass where consumers are demanding it so the big guys have to listen,” Pateman says. “Industrialization created this global food economy that just made things easy. Then all of a sudden people suddenly began talking and thinking about it and all those small pieces added up and made a difference. . . . All it takes is the Costcos and the Walmarts of the world to get behind this and all of a sudden everyone’s much more aware of it.

But he acknowledges that the local diet can only go so far.

“I don’t think it’s sustainable to feed our entire population based on what’s in our back yard. But every little bit makes a big difference. We can support our local farmers. B.C. has its own challenges with land prices and taxation issues. Every little bit that everbody can do that supports somebody locally, that keeps food from travelling halfway round the world, makes a difference.”

“You’re never going to replace sugar, grain that stuff. Completely B.C. [diet] is not a realistic expectation. People are too busy to cook from scratch. You’re seeing more people talking about canning and preserving again. But it’s all two-income households, both working parents.

Instead of canning and preserving yourself, Pateman suggests, you can get somebody local to do the hard work for you.

“One of the things we’ve seen is more pickles and preserves flying off shelves. In B.C. you can only eat so much squash and root vegetables during the winter, and the only way round that is canning. People have a memory of canned foods – I remember growing up and we always had canned peaches and plums and nectarines. I just don’t have the time to do that today. But that doesn’t mean I won’t buy local preserves.”

Excitingly, Edible B.C. is moving to a larger “culinary centre” beside the market that will expand their store and include a restaurant, 50-person demonstration kitchen and take-away food service. All food will be at least 75-per-cent sourced in B.C. The new 3,000 sq. ft. venue is slated for a May 1, 2011 opening.

The Granville Island market itself is, of course, a fabulous place to shop for B.C. ingredients, should you want to cook for yourself. But there are many other neighbourhood markets across the metro area offering top-quality goods. Queensdale Market (3030 Lonsdale Ave., North Vancouver; 604-987-8941; queensdalemarket.ca) prides itself on offering organic, specialty and traditional foods across its range of produce, bakery goods, meat and deli products. The deli also offers sandwiches, salads and hot specials.

The daddy of all organic and ethical food stores is Capers Whole Foods (various locations; wholefoodsmarket.com/capers), founded in West Vancouver more than 20 years ago and now thriving with a further three locations in Vancouver. With two more stores in Ontario, Capers is now Canada’s leading natural and organic foods retailer. Local producers and produce are actively promoted in every location.

If you want good-quality, local meat, head to your local butcher, if you still have one. If not, it’s worth the trip to some of the area’s better meat-smiths, which include The Butcher (4529 West 10th Ave., Vancouver; 604-224-0602; thebutcher.ca) in Vancouver’s West Side, and Westlynn Meats and Seafoods (1199 Lynn Valley Rd., North Vancouver; 604-988-7644; westlynnmeatsandseafood.com) — which does a great selection of freezer packs.

“We know where everything else we buy comes from,” says Kambolis. “We know what our labels are, what kind of shoes we buy, where our car comes from. And for some reason . . . food is last on the list: ‘I don’t know where it’s from but I’m going to eat it.’ They’ll spend more time figuring out where their shoes are from than where their carrots are from.”

When our industrial food chain is explained like that, local food really becomes the only common-sense option.